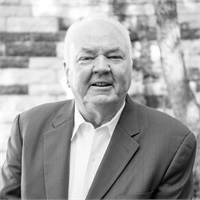 Marc honed his financial skills through 30 years of investing for himself and others while also working as an editor at The Courier-Journal and a commercial pilot.

He held several newspaper management positions and was news editor of The Courier Journal in 1988 when the staff received a Pulitzer Prize.

Marc is a graduate of the University of Memphis and holds a master’s degree from Ohio University. He also has done post-graduate work in finance and investments at the University of Louisville. He maintains the FINRA Series 7 General Securities Representative license and the NASAA Series 66 securities license. Marc also is a licensed life and health insurance agent.

He is a flight instructor and aircraft owner, once flying himself to Omaha, Neb., where he met investing legend Warren Buffett.

In 2008, Marc, an avid outdoorsman, was appointed by the governor to the board of the Kentucky Environmental Education Council, where he served for 13 years including a term as chairman. Marc has served on the boards of The Courier-Journal credit union and The Louisville Cardinal student newspaper, He is chairman of his church’s finance committee and administrative board. He has also served as president and treasurer of Louisville Pilots Club.

He and his wife Judy, a registered nurse, have two grown children. Together they have endowed three scholarships in journalism, biology and nursing at the University of Louisville and the University of Memphis.